Just beyond Portland Head Light is the Ram Island Ledge Light. You can see it clearly, but we do not count it among one of the five. The five we count as being part of the tour are Bug Light, Spring Point Ledge, Portland Head Light, and Two Lights (making Ram Island the sixth, which is 20% more lighthouse viewing).

If you take the tour on a wicked clear day, then you can glimpse Half-way Rock Light ten miles away in Casco Bay, bringing the total to seven. 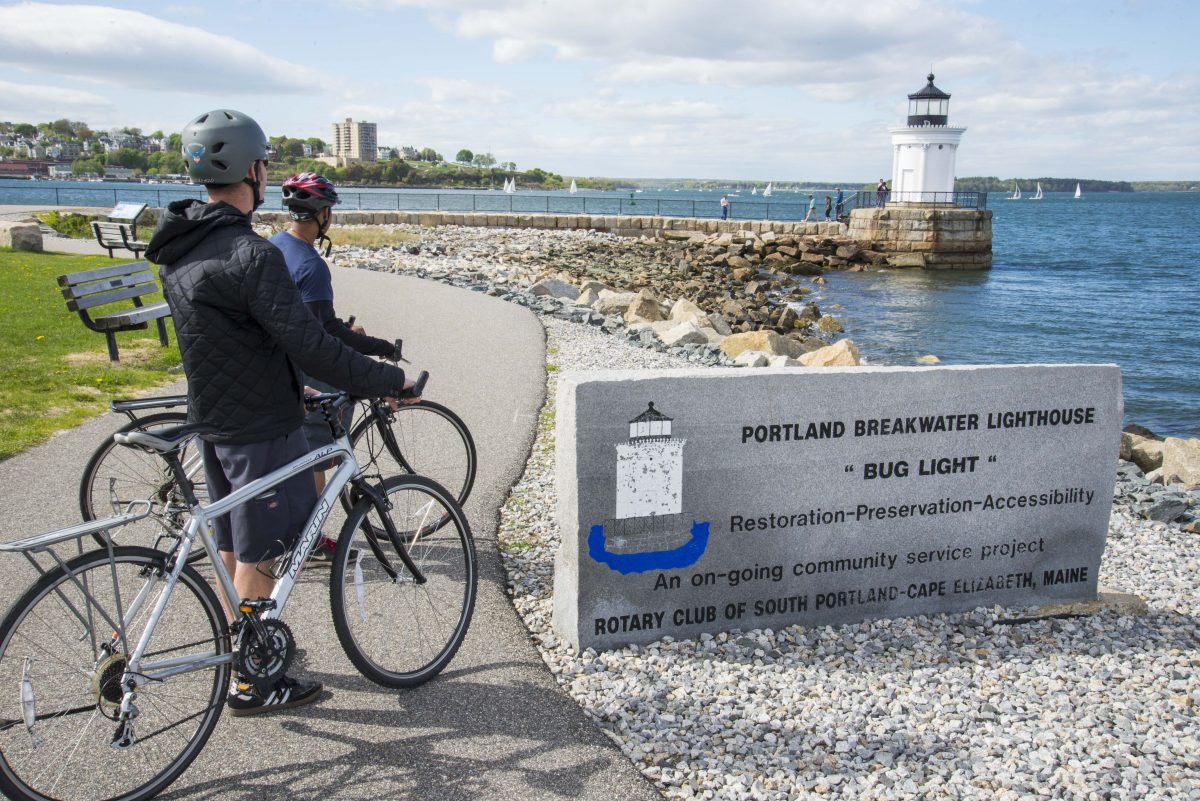 The official name is the Portland Breakwater Light, but locals have always referred to it as “Bug Light” because it is cute as a bug. At only 37 feet tall, it is one of the most miniature ocean lighthouses in the country.

First built as a wooden lighthouse in 1855, the Bug Light you see today dates back to 1875. Curiously, its designers were inspired by the Choragic Monument of Lysicrates in Athens, a 5th-century monument.

After having been decommissioned in 1943, the light went through a process of restoration and was reactivated in 2002.

This lighthouse was constructed in 1897 after seven steamships had run aground on the Spring Point Ledge. The rock causeway leading to the lighthouse was added in 1951, allowing visitors to walk right up to the structure.

Rumor has it that a keeper once forgot to shut one of the hatches on the platform before setting out for his daily exercise and plummeted into the sea below – this is why many keepers chose less athletic hobbies like carving duck decoys! 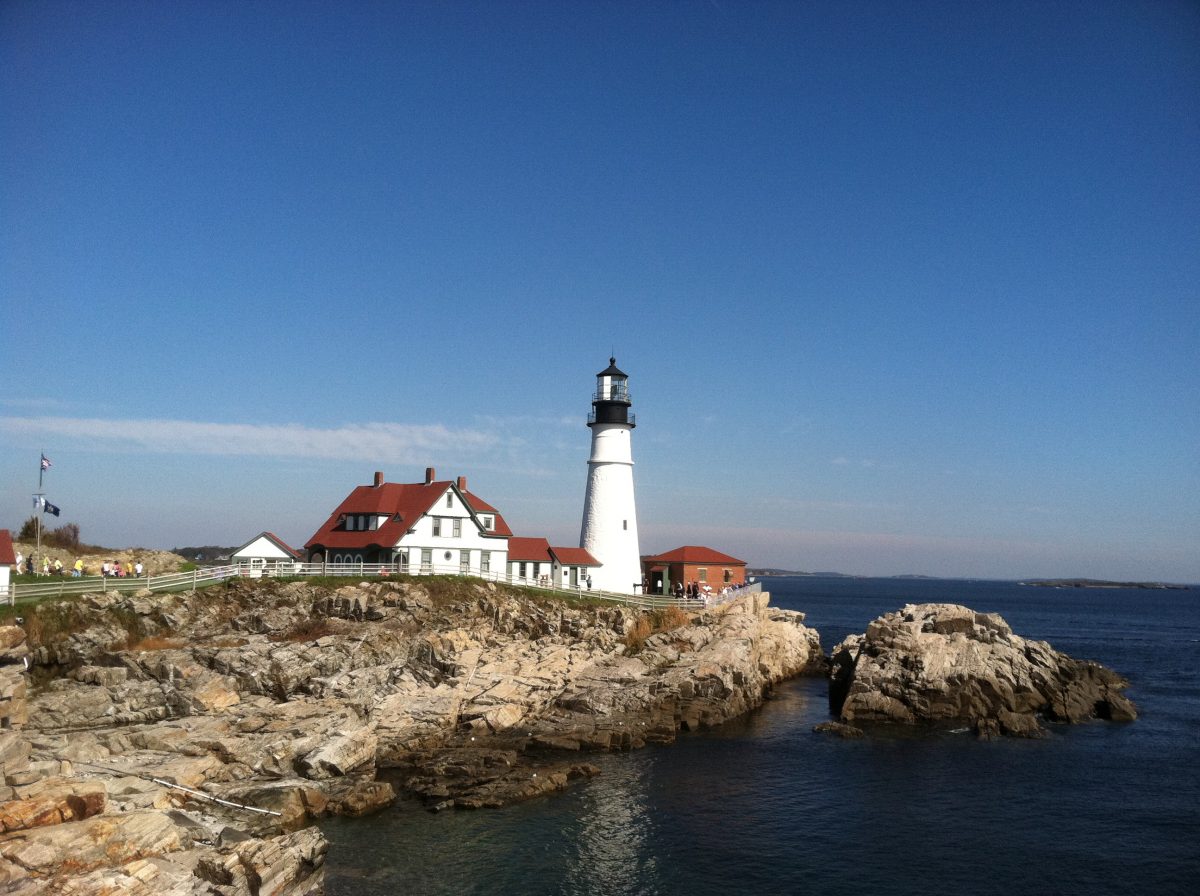 It is big, famous, and was commissioned all the way back in 1791! You can even argue it is the first lighthouse built in the United States.

George Washington was personally involved in designing the lighthouse and urged the builders to use local stones to reduce construction costs. The first keeper, Joseph K. Greenleaf, was also appointed by Washington.

Captain Joshua Strout became the keeper in 1869 with his wife Mary as the assistant lighthouse keeper. When they retired, their son Joseph became the Lighthouse Keeper. Between them, they tended the Portland Head Light for fifty-nine years.


Around Christmas in the early 1900s, a steamship headed for Boston and New York crashed into the ledge. As a result of this tragedy, a lighthouse was commissioned to be built. It was completed in 1905, built from local Vinalhaven granite and featuring a Fresnel lens.

During the winter of 1949-1950, Joe Johnson, the assistant keeper, spent forty-five straight days on the ledge because the weather was too bad to bring out his replacement.

In 2010, the Ram Island Ledge Light was put up for auction. The winning bidder was Dr. Jeffrey Florman, a neurosurgeon from Windham, who purchased the historic building to ensure its preservation. 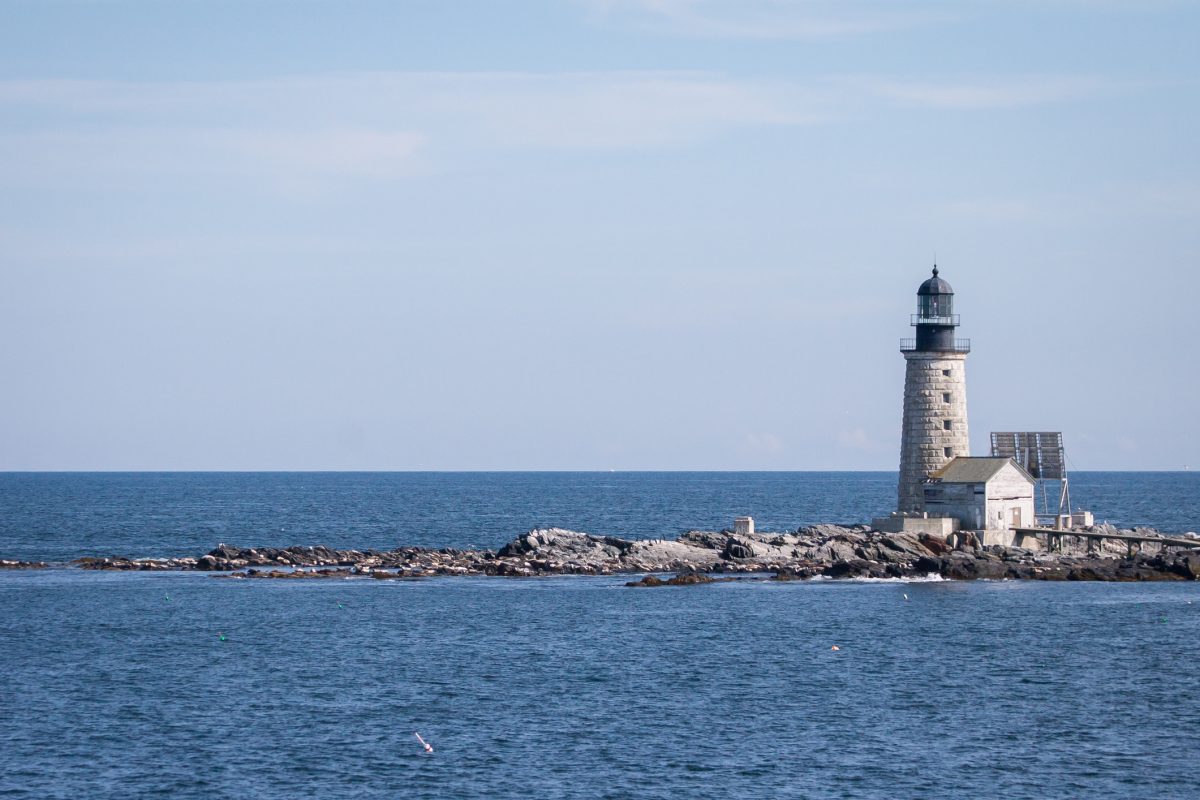 An escalating series of maritime disasters led to the building of the Halfway Rock Light. It is an eleven-mile row from the island to Portland, meaning the keepers were often stuck on the rocky ledge for weeks at a time.

When Half-Way Rock came online, the bureaucratic minions at the Lighthouse Commission in Washington, DC, decided that the Portland Head Light was not as essential, and they ordered it shortened by twenty feet. There was an outcry, hullaballoo, and even a little ballyhoo from area residents, and Portland Head Light was restored to its original height one year later. 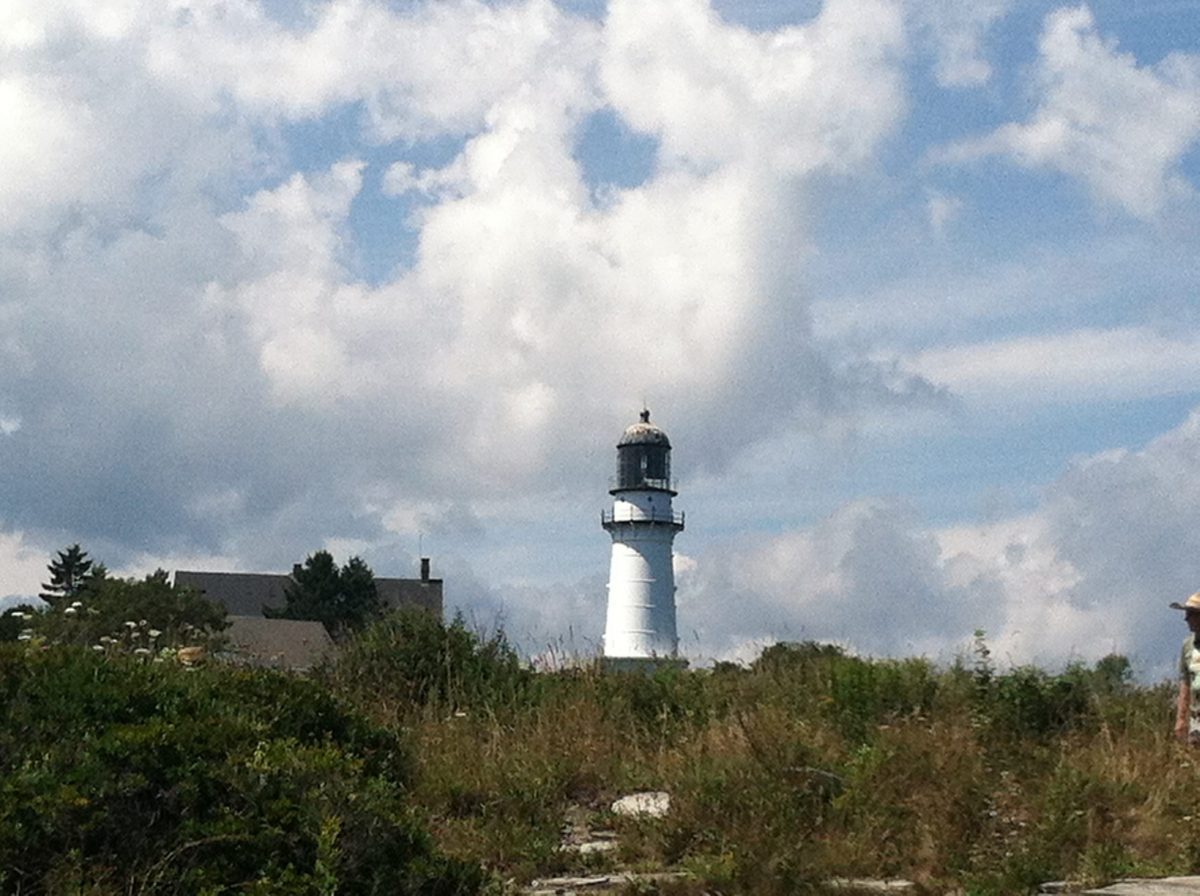 Distinct from other lighthouses in the region, the Cape Elizabeth Light was built in the Gothic revival style in 1829.


The iconic eastern tower remains in service. It has been used as a subject in the photography and art of many exceptional artists, including Edward Hopper.

To learn more about the lighthouses and their idyllic Maine surroundings, consider joining us on our 5 Lighthouse Bike Tour. Or, if you’re looking for a bigger Maine adventure, browse our Multi-Day Maine Bike Tours.

If you have any questions about our tours, please contact us. 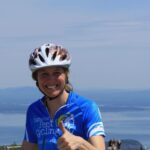 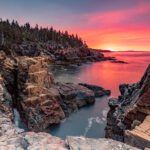 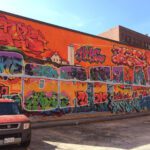